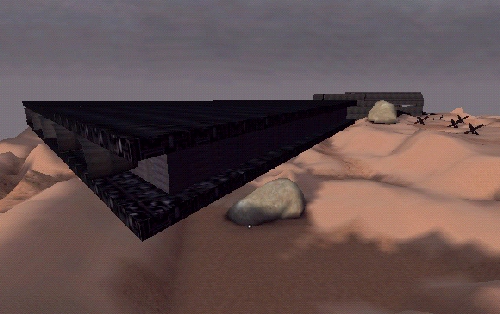 The Axis have constructed a new model of their Haunebu craft which diffuses the bombardment of cosmic and solar radiation past the Earths orbit to Mars. Allied forces have invaded with their own spacecraft to claim the planet and its vital secrets for their own.

This map was created entirely by JIZABOZ with the exception of the ambience (before clipping for loop and converting to 8-bit mono) which was made by Shadowbunny, a rising electronic musician and clothing designer. The terrain is based off of real black and white images taken from the Viking Surveyor mission to Mars.

This map is very open and about the size of Battery without all of the interiors. There are 3 objectives, 32 spawn points, and health and ammo packs which both sides are allowed to use.

Note there are 2 bugs that were not found until the map was already downloaded many times, so I never bothered to correct it. For one, it acts as if there's only one spawn per side even though I thought I put in 16 spawns per side. Seeing as how this is a small map it doesn't make it unplayable, just annoying when you spawn on top of someone else. Also I thought I had covered up all the trap-pits, but one last pit was found. 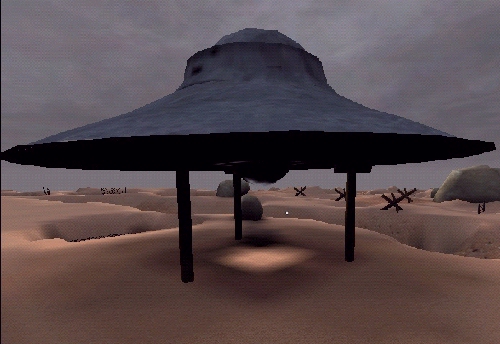