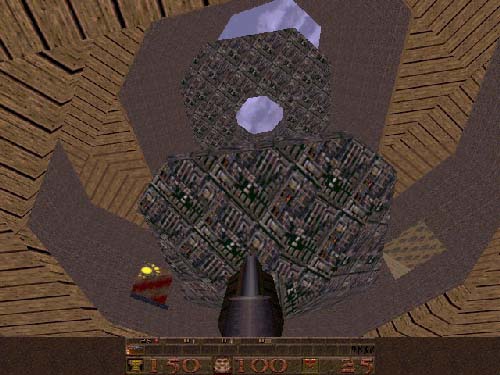 The KM2.0 mod was written in Quake C by the ~fragmeister and Wah. This deathmatch mod consists of a new qwprogs.dat, a skin for our old Quake clan, and the level featured here. This mod will remove all self-damage during play, even if you use lightning underwater. Version 2.0 was written to make things stable that were making servers crash in the original version. 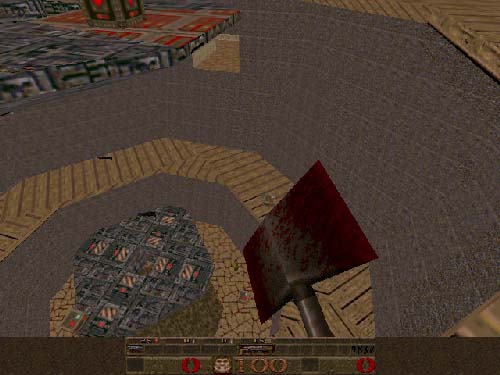 Wah.bsp was Wah's first map ever. There is a secret passage that allows you to slip outside of the map near the invisability ring. Despite minor errors here and there, it is a very fun map to play. Using the qwprogs.dat included in this mod will also provide the moon gravity which is required for the full effect of the map. Player skin edited by Fragmeister. 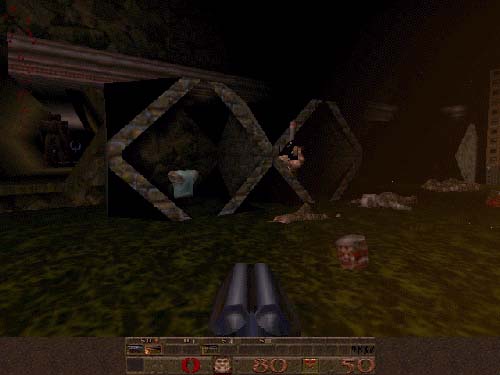 Death Dimension is the one and only map for Quake created by the ~fragmeister. Crazy waterslide! Cool underground village. I was very satisfied with the end result texturing and lighting. Playable for DM or SP. 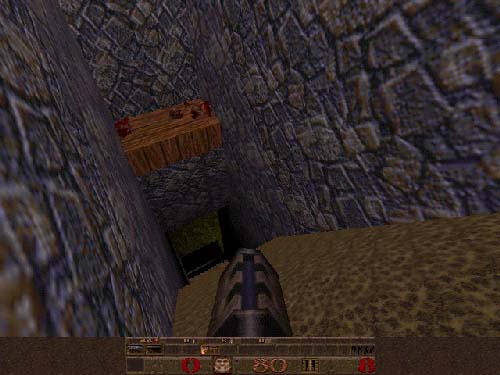